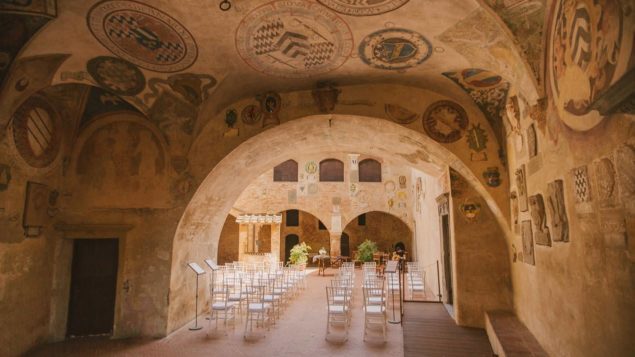 A Ceremony in Certaldo in pills: 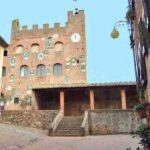 “It felt like we were on a film set! It was surreal! Something we will never experience again. A big Thank you to all the people at Just get Married in Italy who made our day so special” 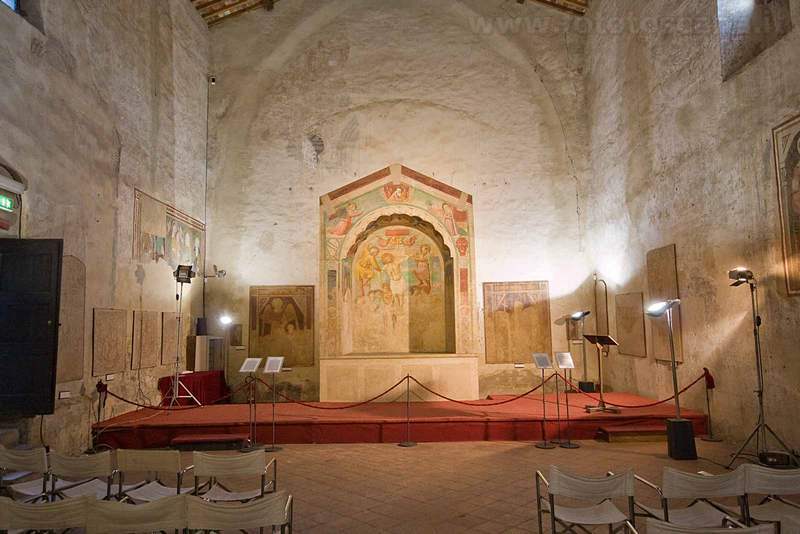 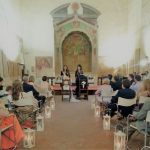 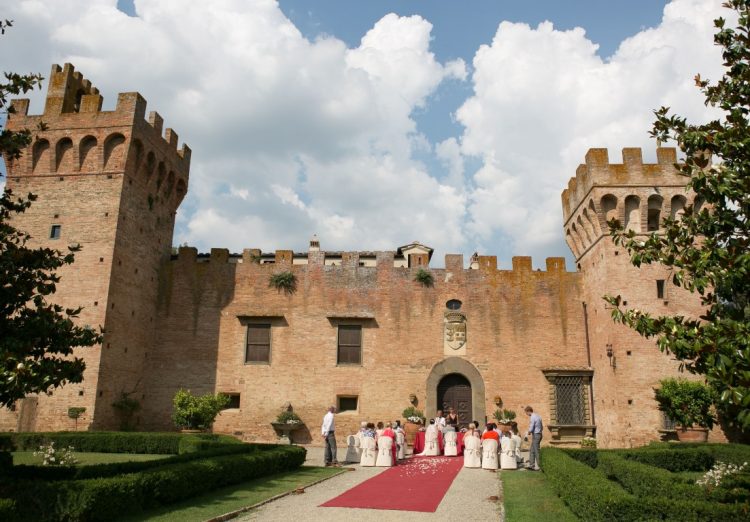 The most remarkable building of Certaldo is the Palazzo Pretorio (Praetorian Palace) or Palazzo of the Vicariato, situated on the higher point of the hill of Certaldo, these Palaces were constructed in 12th century. The 14th century cloisters (pictured above) located within the palace walls, is now the area allocated by the Certaldo town hall for weddings & civil ceremonies in Certaldo .

The beautiful town of Certaldo is the birthplace of Giovanni Boccaccio, and still retains the ancient parts of the original medieval structure with the Praetorian Palace, monasteries, churches, towers and fortifications, characterised by the red brick buildings and roads.

In the historical center are many interesting houses-(towers), including Giovanni Boccaccio’s house, one of the great poets of the medieval Italian literature. Every year during the last days of July, Certaldo organizes a manifestation called “Mercantia” partially theatre, partially feast and partially market with buskers, actors, acrobats, singers and craftsmen who show their works.

Blessing, Renewal of Vows & Commitment Ceremonies in Certaldo can take place at the Villa or at any location of your choice. 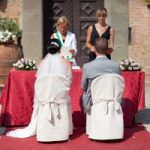 Garden Ceremony at  a Tuscany Castle

“Getting married in Italy was the best decision we have ever made! San Gimignano  is such a romantic place and was a perfect setting for the best day of our lives.”

“Our Wedding in Florence was wonderful!    It was picture perfect and we will remember it for the rest of our lives! Thank you so much for all that you did for us. it was absolutely wonderful and you made it so easy!  “ 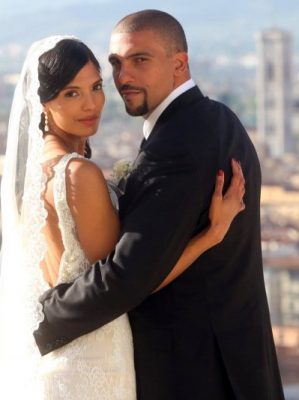 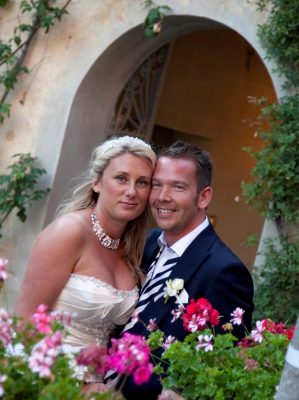 “Our wedding in Siena was beautiful, just out of a Hollywood movie. More than we could ever have hoped for or imagined, and would thorough recommend Deborah to anyone! We couldn’t have done it without her and her support, experience, knowledge and good humour! ”